In August of last year, I wrote a blog post analyzing the likelihood of confusion factors as applied to the trademark infringement claim that PayPal filed against Pandora based on Pandora’s blue “P” logo. 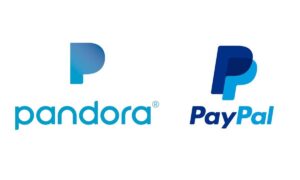 In November the parties reached a settlement agreement and PayPal dismissed the lawsuit against Pandora. No details of the settlement were announced.

Recently I noticed what I thought was a new app on my iPhone; but it wasn’t a new app — it was Pandora’s app with a new logo design. If you have the Pandora music app on your smart phone, you also may have noticed that Pandora’s logo is quite different than it was before (I like it).

I can only speculate as to what the settlement agreement between Pandora and PayPal says, as it is likely confidential, but it is common in settlement agreements concerning trademark disputes that the alleged infringer is given a certain amount of time to phase out an infringing mark and rebrand. Perhaps that is what happened here.

A friend recently called about a letter she had received claiming that she was infringing a photographer’s copyrights in an image she had used in her company’s website and social media sites. In addition to requiring that she cease use of the image, the letter demanded payment of several thousand dollars for the alleged unauthorized use of the photograph. My friend explained that the image was being used under a Creative Commons license, so she didn’t understand what basis there could be for the photographer’s infringement claim.

END_OF_DOCUMENT_TOKEN_TO_BE_REPLACED

We’ve built our reputation on providing intellectual property services and business law to our clients involved in businesses with creative products. From copyright registration to trademark clearance and everything in between, Jim Astrachan, Donna Thomas, and Kaitlin Corey of Goodell DeVries cover everything you need to know to protect your IP assets.

Learn about our IP audits here.